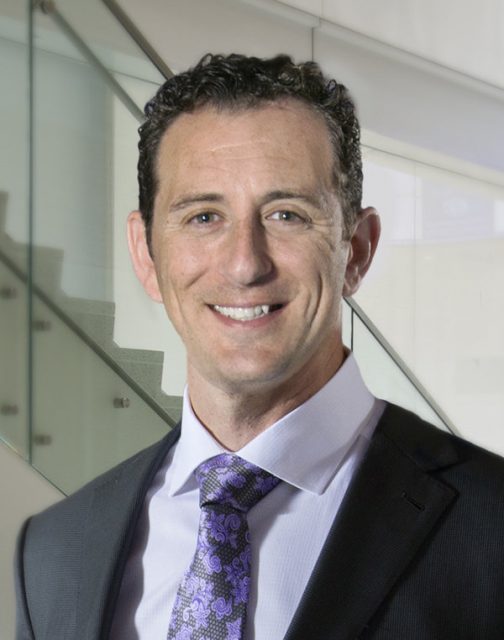 Five UB faculty members have been named SUNY Distinguished Professors, the highest faculty rank in the SUNY system. M. Laura Feltri, Jo Freudenheim, Amit Goyal, Elad Levy and Stephen Tiffany were appointed to the distinguished professor ranks by the SUNY Board of Trustees at its meeting on March 17. The rank of distinguished professor is an order above full professorship and has three co-equal designations: distinguished professor, distinguished service professor and distinguished teaching professor. The five were all named distinguished professors in recognition of their international prominence and distinguished reputations within their chosen fields. According to SUNY, “this distinction is attained through significant contributions to the research literature or through artistic performance or achievement in the case of the arts. The candidate’s work must be of such character that the individual’s presence will tend to elevate the standards of scholarship of colleagues both within and beyond these persons’ academic fields.”

Levy, professor and chair of the Department of Neurosurgery in the Jacobs School, is an internationally renowned expert in stroke and cerebrovascular neurosurgery, and a major contributor to the service of organized neurosurgery. Widely regarded as one of the pioneers in this field, Levy has published extensively and developed new technology and approaches that have been instrumental in helping treat people around the world with previously incurable cerebrovascular disorders.

Dr. Joshua E. Meyers is clinical assistant professor of neurosurgery at the State University of New York at Buffalo who joined UBNS in April of 2019. His clinical focus centers around minimally invasive spine including…

Buffalo neurosurgeons received the next approval Thursday to allow construction of the region’s first freestanding neuro-focused surgery center. The project by Wehrle Drive ASC LLC calls for building a 27,500-square-foot facility on Wehrle Drive in…

Inside the mind of a neurosurgeon

In the mid-1970s, a car crash victim came to Dent Neurologic Institute at the since-demolished Millard Fillmore Gates Hospital in Buffalo. The accident severed the woman’s carotid artery near an eye. Blood poured into the…

The Professional and Personal Impact of the Coronavirus Pandemic on US Neurointerventional Practices: A Nationwide Survey